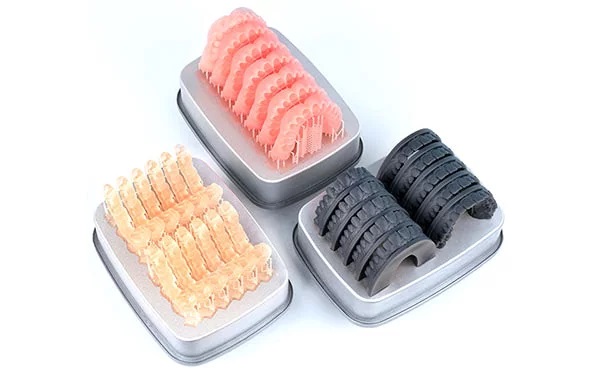 Medical science: Doctors can now make a conscientious effort to aid in the patient’s physical disabilities by producing custom made devices like prosthetics, implants, and hearing aids. It is very important that the material created is specifically designed for the patient and 3D Printing easily caters to the same.  It can also manufacture medical tools like a stethoscope or a thermometer.

Food industry: Obviously, 3D printing cannot just manufacture food but it does produce replicas of food that is largely used in advertisements and display, thereby preventing wastage of real food.

Construction: It’s also a more economic way of building structures. There are large scale 3D printers that are specifically engineered to assist in construction processes like building walls and bricks. For instance, there is a concrete bridge in Shanghai, China that was built in all of 450 hours for two-thirds of the cost using 3D Printing. What more? It came with in-built detectors that can transmit real-time data on strain and stress so the city can exercise precautions accordingly.

Outer-space travel: This may seem out there but Scientific researchers have been trying to colonize life in other planets for many years now. Their plans are finally beginning to take shape with the use of 3D Printers. They believe that if humanity were to ever travel to Mars, it would be practically impossible to transport construction material all the way from Earth. They proposed that a 3D Printer could generate robots that would create a thriving habitat before humans can make an appearance.

Education: In educational systems, students are allowed to create prototypes that they can hold. Children are more enthused to learn things when an object is presented before them, as opposed to pictures in a book or digital images on a screen. It bridges the gap between a monotonous traditional style of learning and a more fun approach in an instant. They don’t have to go through extensive search to find the necessary tools for projects and such.

3D Printers are now commonly used in school classrooms and libraries. The best part about 3D Printing tools is that they offer low-cost alternatives, allowing students to explore design and engineering. They can manufacture imitations of historical artefacts, museum pieces, skeletal parts, globe, etc. One can also study the organs of the body without having to dissect a real creature. Companies like Lezar3D strive at producing a wide range of elements for various purposes.

Things to Know Before Buying an Earphone Online