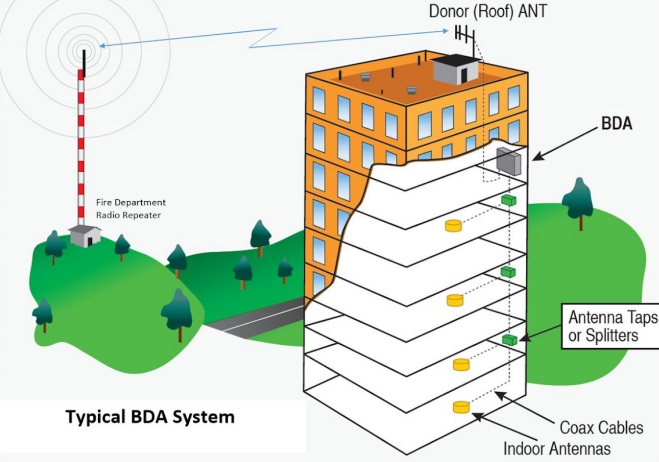 The Bi-directional amplifier and the distributed antenna system are two important tools to consider when looking at improving the in-building or radio communication of your work site. Also known as the BDA/DAS system, these two systems can help you deal with communication problems such as dead spots, poor coverage, and unreliable reception. This is essential because poor communication can affect the productivity and efficiency of any project that requires constant communication.

So what exactly is the BDA/DAS system and how can it improve communication in your work sites?

The bi-directional amplifier is a tool that can locate the wireless signals in a location, then amplifies it to rebroadcast it within your building. It is basically a device that boosts signals, specifically in large buildings—like hotels, schools, and manufacturing plants, among others—where communication via two-way radio may be hindered. The BDA, in short, can help you prevent dropped calls and dead spots when you use your mobile phones or two-way radios.

The process for this is quite simple. The Bi-directional amplifier seeks the wireless signals in your building, then captures it. Once it is captured, the system amplifies it—pretty much like how a microphone can amplify sound by converting the sound to an electrical signal. With the BDA, however, the system redistributes the signal through the area or building.

Naturally, the best way to maximize the use of the Bi-directional amplifier is to install it in a strategic location. In this case, it is best to consult service contact providers so you can assess and strategize the installation of your BDA/DAS system.

The Distributed Antenna System works pretty much the same way. It’s simple: the DAS is a network or series of antennas in a building or area, spaced or located apart from each other, in order to improve the signal. The system works like repeaters to the wireless coverage of an area or building. However, it is connected to a common source. Using this system is more cost-efficient as it would require several localized antennas; other systems would require a single large antenna, which isn’t as cost-efficient and could actually not as effective when a wider coverage is required,

Many buildings use the Distributed Antenna System; malls, hospitals, and high rise buildings, among others. Obviously, it has a series of benefits and advantages. Using a BDA/DAS system will mean you have a more defined coverage with fewer dead spots and less coverage holes. It requires less power due to the presence of a sight link. With a DAS system, your individual antennas need no longer be as high as the usual single antenna.

Of course, as with the bi-directional amplifier, there are a few issues to consider. This system might require a slightly higher cost because of the necessary additional infrastructure; though you could make up for this since it requires less power to operate. You can easily, effectively use the Distributed Antenna System with the help of professional radio engineering service providers.

Tidewater Communications can design, install, and help maintain a BDA/DAS system for your large or small building. Contact us today for more information.

Buy Overwatch Boost To Save Your Time In A Game