5 Emojis To Use For Better Self-Expression 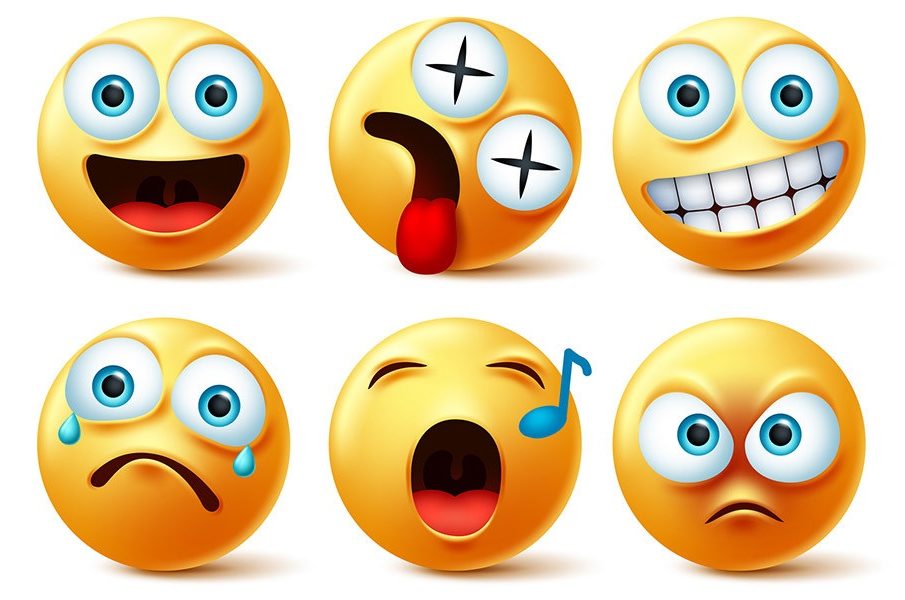 Given this pandemic situation, most people are encouraged to stay, study, and work at home as it is a safer alternative. Although the majority of the population dislikes the current status of the world we all live in, we have no choice but to adapt to these drastic changes and live with it.  Imagine if this could have happened in a world without the internet?

Fortunately, we are living in the modern digital age, where everything is almost possible as long as you are online. Despite the pandemic, we can still consistently communicate with the people we hold most dear. Distance and time zones do not matter anymore, thanks to these significant technological improvements. How do we better express what we feel?

The Victory Hand emoji, commonly known as the peace sign emoji, was introduced way back in 1993. It is an emoji with the middle and index finger forming a V sign to implicate peace. The Emoji Guide is a vast encyclopedia for your emojis, for you to further understand what it means and when best to use it.

For millennials, it is usually used when one has done wrong to the other and is asking for a truce. It need not be a weighty argument or conflict; it can be used after one has been straightforward in stating unpleasant facts to the other,  and then using the peace sign emoji to express light sarcasm despite inflicting damage.

Rolling on the Floor Laughing Emoji

The face with tears of joy or the ROFL Emoji is one of the most popular emojis, especially in late 2019 and 2020. When you receive hilarious memes or find your friend’s photo unusually funny, you need not type a single word; just send him/her the ROFL Emoji, which settles it.

This emoji shows an enormous laugh with tears of joy out of uncontrolled happiness. The ROFL Emoji is not only used in laughing over someone else’s misfortune, but you can also use this a lot in expressing your laughter or excessive happiness during your conversations with your friends or loved ones. A lot of celebrities use this emoji on their social media posts.

Did someone get on your nerves? Or did someone make a light joke on you that you slightly disliked but did not offend you deeply? The Angry Face Emoji says it all, with its furrowed eyebrows and huge frown face. Although you can use this both for light and grave situations, its brighter color makes it appear more casual than the angrier emojis.

Did one of your friends or family achieve something big? Or did your most conservative high school classmate get married at an early age? The astonished face emoji is the most applicable emoji for such cases. This emoji shows wide-open eyes and mouth, and raised eyebrows, expressing extreme surprise.

If you feel down, drained, exhausted, stressed, disappointed, frustrated, or hopeless, then this emoji is the most appropriate one to use. The downcast face already expresses loneliness, and the bead of sweat on its forehead adds extra emotion of how low one’s self-esteem can be. Do not be afraid to express what you feel; you have to let it out.

We can say that this is a familiar gesture for women, even on personal interactions. But of course, we do not promote sexism and stereotyping  so that this emoji can go both ways. Who says men cannot use the rolling eyes emoji? A lot of popular male figures also use this emoji on their social media posts. This emoji shows an unhappy face with both eyes looking up. The rolling eyes emoji is one of the most used emojis in text.

Living in the 21st Century: Emojis

Although there are various platforms for video calls to achieve full human interaction, people tend to be busy at most times and end up conversing through text chats. Living in the 21st century means living life at a fast pace. It is also an era wherein everything can be done online; everything is on the internet. So how do these emojis become important?

Imagine chatting with your wife or girlfriend without the use of emojis. Imagine going kinky or dirty with him/her without any expressive emojis to support your emotions; it kind of feels like eating pasta without tomato sauce, or moist cake without icing, or steak without seasoning, bland perhaps. Use the emojis listed here to make your intentions clearer.

The five emojis described earlier can be the more common emojis we use nowadays, aside from our generic smileys. There are people having difficulties in self-expression, and sometimes the lack of this may result in unwanted and dangerous scenarios.

It is more advisable to continue interacting with your loved ones consistently. Make use of these technological advancements and enjoy communication with the people you hold most dear.

SEO Blunders You Should Avoid

The Convenience of Emojis in Modern Dating