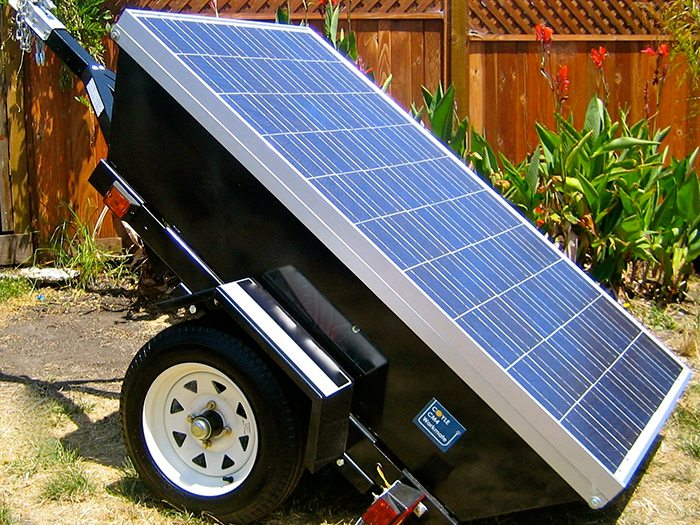 As fossil fuels are the major sources of electrical power generation, they are depleting very fast. Moreover, various environmental concerns are also there. Due to these reasons, there is a need to identify such sources of energy that are renewable and at the same time does not give an ill impact on nature. Generating energy from solar power is one of the most promising forms of renewable energy worldwide. It has gained extreme popularity in the recent past and thus the demand for the solar power generator systems has seen a drastic rise.

Solar power could be generated by converting the radiations of the sun into electricity with the help of photovoltaic cells. As per many types of research, it has been proven that the total energy requirement of the world is even less than 0.00001% of the sun’s energy which reaches the earth that means if we could convert the 100% energy of the sun reaching earth even for one hour, it could meet our energy requirement for an entire year.

HOW A SOLAR POWER GENERATOR WORKS:

Solar Panels convert the solar energy into electrical energy (using Photovoltaic Effect) if kept in direct sunlight and then stored in batteries. And later when the energy is required it can be drawn from the batteries. Shop here for top brands in 2020.

For finding the Best Solar Power Generator following key factors are needed to be considered:

The unit for measuring the capacity of the battery is watt-hour. It signifies the amount of current a backup battery can hold.

Two popular battery types are lead-acid and lithium-ion. Lead-acid type is a preferred choice for home usage due to its affordability. Lithium-ion batteries are small in size and are comparatively lightweight also. Their life span is also higher but they are expensive as well.

Solar Power generators are the need of the hour and one should do his complete research before going for them. Hope this review will improve your understanding of them.